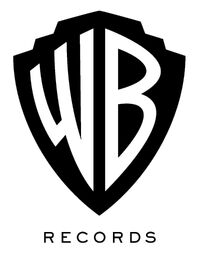 Warner Bros. Records Incorporated (WBR) is an American record label founded in 1958 and located in Burbank, California. It is the label that American rock band Linkin Park has been signed to since 1999.

Before getting a record deal, Linkin Park had been rejected over forty times by various record labels for various reasons. Some said that Linkin Park's lyrics were too introverted in comparison to popular bands like Limp Bizkit who had party oriented rap rock. One representative called the band the day after a performance just to tell Chester Bennington how horrible they were. Linkin Park would first get a recording deal through Jeff Blue and Zomba before later finally securing a record contract with Warner Bros.

Upon being signed, Linkin Park put out a message that they wanted to meet their WBR staff. Mike Shinoda once recounted what they did.

"We set a date, and took over their conference room. We sat them down, exchanged pleasantries, and gave them some paperwork that outlined who we were, what we intended to do, and how we thought our music, marketing, and fan club should be treated."

"Imagine, for a moment, that you are a middle-aged record label employee with some experience in the 'record business'. You've had some big hits, and you consider yourself to be good at what you do. Then, imagine a young, unproven, newly-signed artist meets you in your conference room, to hand you a stack of papers telling you how to do your job. What?" [1] "Fortunately for Linkin Park, the meeting went well. The label thought the band had a lot of "chutzpah" and went with it. But despite that, Linkin Park's early relationship with the label was difficult. As told in Fort Minor's song "Get Me Gone," The A&R man tried to throw Mike Shinoda out of the band or prevent him from rapping on any of the songs. Joe Hahn was told to adopt a stage gimmick with wearing a lab coat and a cowboy hat. This same individual went to the press after Hybrid Theory was released and told them that he wrote all of Linkin Park's songs. This quickly earned Linkin Park the reputation of being a manufactured boy band, which Linkin Park tried to fight by telling the press in detail how they were making the music. To prevent the individual from getting more attention for himself, Linkin Park members have not referred to their Hybrid Theory A&R by name.

In May 2005, Warner Music Group became a public company and offered its initial public offering that was projected to raise US$782 million in profits. Warner Music Group had only alloted US$7 million dollars to go back toward the company, and none towards the artists. The stock fell by 4% on the first day. A large amount of workers were laid off and marketing and promotion funds were cut.

Linkin Park announced that they no longer held confidence in Warner Bros and that they were going to stop all production of music. At the time, 10% of total Warner Music Group record sales were of Linkin Park albums; 35 million albums sold over the course of five years. LP still owed four albums left on their contract. Fort Minor's debut studio album The Rising Tied had finished recording, but it was not mixed yet and it did not have a release date yet. And Linkin Park's third studio album was slated for release in spring 2006.

After the one initial statement and a public statement from Warner saying Linkin Parks statements were untrue, there was little else that was said publicly.[2] Summer 2005 was spent in silence from both parties, with Mike Shinoda spending more time online with fans than normal. The Rising Tied was released on November 22, 2005 though Machine Shop.

At the end of 2005, Linkin Park signed a new record contract with Warner Bros. LP received a 15-million-dollar advance to work on Minutes to Midnight.

Mike Shinoda often gave advice to his fans who were thinking about signing onto labels through his blog.[3] He recommended books like Donald Passman’s “All You Need to Know About the Music Business,” Krasilovsky and Shemel’s “This Business of Music” and Chris Anderson's “The Long Tail."[4]

Warner and Linkin Park signed a contract with Artificial Life to make games for the iPhone. This led to their first online game and soundtrack for 8-Bit Rebellion!.

Retrieved from "https://linkin-park-junior-underground.fandom.com/wiki/Warner_Bros._Records?oldid=4395"
Community content is available under CC-BY-SA unless otherwise noted.